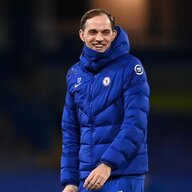 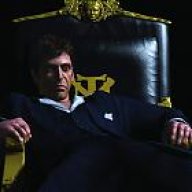 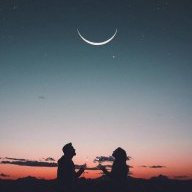 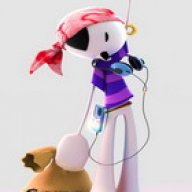 Find the seven Buddhas:​
Garden Buddha - Go outside the house, turn right to go to back of the house. The first Buddha is in the garden. Climb the ramp and press the block on the wall. Now follow the direction shown by this Buddha. ​
Giant Buddha - The next Buddha is by a red bridge and the active arrow on the minimap is higher than the Buddha. ​
Go to the red bridge and drop the big wood attached to the rope over the bridge. Go to the rope and jump up to get hold of the rope. Move down to the top of the Buddha's backdrop. Drop down after the circle. Step on the circle and the Big Buddha turns. Follow the direction of the Buddha.​
Gold Buddha - Enter an enclosure and see a standing stone with a symbol. Note the symbol. See the Golden Buddha. Climb to the hill across it. ​
You have to lower the bridge to get to the Buddha. On the ground is a set of symbols and have lines on 2 sides. There are granites strewn around the ground with the same lines as those etched on the ground. Locate the symbol seen on the standing stone. Mark the lines that intersect to the symbol. Pick up the granite blocks that have those lines and place them on the columns that flanked the bridge. If correctly done, the bridge is lowered. Go to the Buddha and press the circle on the right post. Save point Yokohama 6.​

​
Island Buddha - Go to the next Buddha. The Buddha is on an island. Is that a shark in the lake? ​
Turn around and take a 2 meter plank from the ground. Turn the wheel of the ferry twice to place ferry between the 2 boulders flanking the ferry rope. Place the 2 meter plank on boulder in water. Walk across. Take 2 meter plank, turn around and place it on boulders. Walk across. Take the 2 meter plank. Now that the ferry is here, place the 2 meter plank on boulder and ferry. Walk to ferry. Take 2 meter plank. Place it on ferry to the boulder on the other side. Walk across. Take 2 meter plank and place on the next 2 boulders. Pick up the 4 meter plank from the water. ​
Go back to the ferry wheel on the shore. Now turn the left ferry wheel 3 more times to move it to the farther area between the 2 boulders on both sides of the ferry rope. Now do the same steps to get back across the boulders except this time use the 4 meter plank to cross the 2 boulders that plank the ferry rope. Continue to the Buddha. ​
At the Buddha, move the small branch of the tree to turn the Buddha. Go back to shore using the same moves with the 2 and 4 meter planks. On to the next Buddha.​
Bronze Buddha - Enter the gate and see the Bronze Buddha. Press the knob at stand. On to the next Buddha.​
Buried Buddha - See that the Buddha is buried in the sand. ​
To remove the sand, click the 2 ornate plunger-gates that are on 2 side of the sand pit. Jump down when the sand is drained and press the big brick on the wall. See the Buddha turn. Exit the pit by climbing up on the 2 stones close to the wall. Locate the last Buddha.​
Last Buddha - The last Buddha is the Buddha in the basement of San Saruto's house. Meet Fix and he thinks that there's nothing in the house. Bonus points - 50. Save point Yokohama 7. Go down to the basement. Stand close to the middle back wall facing the fan with the 7 Buddha. Look down and step on the activated tile at the center of the floor. A secret room opens up. ​

Find a kind engineer to help you find your uncle's document: Exit the hotel and meet a GPAK member, Mac Donald. He wants you to distribute-sell 5 Nouvelle Vague kilts to 5 clothing stores in the city. He will help you find the Abel, engineer and a real estate entrepreneur. Use the minimap to find the clothing stores. Click a kilt from inventory on the ladies standing outside and see if she will buy it. If she does, you get 10 pounds - money. Note Fix spy agency posters and placards all over the city.​
Bring cash made from kilt sales back to Mac Donald: Go back to the hotel area and talk to Mac Donald. He takes the kilt monies. Abel is in one of his sky scratcher.​
Find Abel's working site: Follow the minimap. Enter the green fenced in B. Abel Tower Inc. construction area. Climb up the double level observation tower and talk to Abel. His construction project is running behind. The workers are complaining about the heights already - 6 floors. There's an Indian tribe nearby that can work. Bonus points - 30.​
Hire workers for Abel: Go to Western Theme Park by following the minimap. The gate will open after completing the puzzle on the left or you can jump in using a rented car and the ramp. ​
Teepee puzzle - The object of the puzzle is to make the inverted triangle to an upright in 3 moves​
See the inverted triangle on the left and the upright triangle.​
Move bottom point to top point.​
Move top corners to bottom corners.​
Bonus point - 30.​
X X X X X X X X X X​
X X X X X X X X X X​
Save point - San Francisco 2. The gate opens. Enter and veer right to Potatoes City Shooting Range. Talk to Indian Chief. Before you can talk to Chief, you have to undergo trial by fire.​
Trial by fire: Buy some potatoes for ammunition. Then click on potato machine gun. Win 3 consecutive matches by hitting 6 bad targets per match. Do not hit Indians, dancing girls or pink bunnies. You get 25 20 caliber spuds to get 18 baddies. Use shift and space bar to shoot. Aim the machine gun using the mouse.​
Talk to Chief Giraffe, Oxford graduate. Bonus point - 20. Save point - San Francisco 3.​
Return to Abel: Go back to Abel at the green fenced in construction area. ​
Restore energy to Abel's deactivated working site: Talk to locked in Abel at the hut left of wall. Note: While going around, find money at back of the building being constructed.​
Wiring puzzle - Connect the right line to all the boxes. The colors of the cables will help you.​
Take note of the colors of the cable on the panel and the colors of the cable that goes underground. ​
Connect all the cables starting from a hot cable colored black to end on a grounded black​
.

​
Save point - boat combo 3.​
Left Control Panel - Reproduce the right keyboard puzzle: Go to the other control panel at left corner of the deck.​
This is a random puzzle. You can move out and go back to the puzzle to get an easier one.​
You have to reproduce the left keyboard on the right keyboard.​
Actions of the keys:​
Center pad affects itself and the 4 pads: top, bottom, right and left pads surrounding it.​
Corner pads affect the 3 pads that surround it.​
Middle side pads affect all the pads on that side.​
Good luck!​
Unstuck the sloop: The sloop is lowered down. The right side crane is stuck. Go down to main deck and click on axe on the floor at the corner. It's not enough. Talk to Scheherazade at other end of the railing. Uh Oh! Scheherazade caught a cold and lost her voice.​
Find a way to heal Scheherazade: Go to front decks and down to the bar. Talk to Baltimore. Get an Atomic Baltimore. Go to the boiler room at door left of the stairs at middle deck. Best way to get here is to use the ramp from front decks to middle decks area.​
At the engine room, go down one level and forward to the 3 big tubes filled with liquid. Look at the right connecting pipe of the middle big tube. Click Atomic Baltimore on pipe to get Armageddon cocktail.​
Go back to Scheherazade. Give her the Armageddon cocktail. Bonus point - 40. AHHHHHHHHHHHHHHHHHH! Watch the sloop get unstuck.​
​
Sail back to England on steamer sloop: Save point - boat combo 4. Timed puzzle coming! Left click to skip the dialogs. Open the furnace and note that fuel is down. Immediately go to the back and take the axe between the drum and crates. Use axe on anything highlighted to get planks. Immediately place them in furnace. Best to get the close active wood first and place them in the furnace. Then you have more time to get the farther ones. Do this 5-6 times and see Motherland. Bonus points - 80. ​

​
​
Oliver is placed in jail. Uncle Matthew arrives to give (after some prodding) an explanation. Bundelkund... Let us all bow.​
[/LTR]