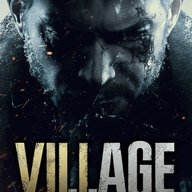 The Outer Worlds is consistently compelling throughout, and it's a superb example of how to promote traditional RPG sensibilities in a sharp, modern experience.
بیشتر...

The Outer Worlds is an utterly tremendous achievement that showcases the best of Obsidian's writing wit, world-building detail, and character focus. The game borrows heavily from other major beloved RPG franchises that have fallen out of favor with shareholders in recent years, which is perhaps ironic given the game's extreme-Capitalism plot beats. Obsidian fills that forgotten niche with confidence and rigor.
بیشتر...

While I'll admittedly take Fallout 3 over New Vegas any day, I'll happy throw the entire Fallout series to the side for The Outer Worlds, Obsidian's own original IP.
بیشتر...

The Outer Worlds is a solid and well written experience but it lacks Fallout's depth and lore.
بیشتر...

With The Outer Worlds, Obsidian has found its own path in the space between Bethesda and BioWare's RPGs, and it’s a great one.
بیشتر...

The long awaited follow-up from Obsidian knocks it out of the Tossball park.
بیشتر... 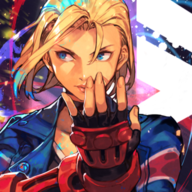 Or should be. Beginning your journey to ultimately try and un-freeze those aboard the long-lost colonial freighter called Hope, you're set loose in the almost wild-west frontier town of Edgewater - run by well-known maker of mass-market goods, Spacer's Choice.
بیشتر...

The Outer Limits has something for everyone — like intricately designed RPGs that have come before it, I found myself plotting my next moves while at work or even playing hockey, desperate to get back into its world and continue my journey.
بیشتر...

The Outer Worlds might not be exactly what you think it's going to be. It's a smaller game, one that focuses on replay value and role play fantasy to really get the most out of the experience. It's a dense game though, where there's plenty of lore packed into smaller sandbox style areas. It's up to you to poke around in the corners of these areas to get the most out of it.
بیشتر...

The Outer Worlds is a first-person shooter like no other. Offering an open world sandbox in which the entire game is your play-thing, I was easily sucked in and didn’t want to leave.
بیشتر...

Old at heart but young in spirit, The Outer Worlds is a vibrant and stunning new chapter from Obsidian that doubles down on what the studio does best and throws in some surprisingly fun gameplay on top of that.
بیشتر...

Despite some nominal issues that might be easier for some to hand-wave than others, Obsidian has out-Fallouted recent Fallout efforts. The Outer Worlds is more limited from a size standpoint compared to a lot of other open world adventures, but it makes up for it in charm and a succinct vision without much bloat.
بیشتر...

The Outer Worlds takes you on a unique space adventure of your own making, allowing you to rebuild a whole system from the smallest of details. You can be yourself from every choice to every build, branching out to experience unique interactions and perks from companions. There's no game out there quite like The Outer Worlds, and you should not miss out on the ride.
بیشتر...

Put the essence of the Fallout, Mass Effect and Borderlands series into a blender, and what you get is The Outer Worlds.
بیشتر...

It may not be the flashiest, prettiest, or most obvious choice for meeting your RPG crave, but trust me, The Outer Worlds is a can’t miss gem of not just 2019, but the entire generation.
بیشتر...

The Outer Worlds marks Obsidian operating at the top of its game, and a strong foundation for a new franchise that seems destined for greatness.
بیشتر...

For better or worse, The Outer Worlds is a perfectly middle-of-the-road open-world RPG. It doesn't take any big risks, but that also keeps it from falling on its face. Despite some great writing, the game doesn't have much to say about the corporate dystopia it establishes, ultimately playing it too safe to justify the premise. Obsidian's expertise with the genre makes The Outer Worlds a competent RPG, if not an especially interesting one.
بیشتر...

The Outer Worlds is simply one of the best RPGs of the generation.
بیشتر...

Even with these unfortunate and evident shortcomings on the technical side, The Outer Worlds is a rewarding and ultimately intriguing adventure to partake in.
بیشتر...

An excellent adventure that mixes all the good stuff by Obsidian Entertainment, although it's not as big as some other contestants in the genre.
بیشتر...

A deep, funny, and intricately designed RPG reminiscent of the golden age of Fallout, when conversations mattered and comedy-grade cynicism came fitted as standard.
بیشتر...

Everything the player does leads up to an epic conclusion, but the little battles along the way leave a lasting impact as well. This game is more than just a beautiful space opera; it's a real RPG adventure that has finally brought the genre to a new height.
بیشتر...

Fans that have been following all things The Outer Worlds up until launch will not be disappointed here. Obsidian managed to produce a title that is completely carried and elevated by its world(s) and characters. With the amount of interesting interactions filled in each conversation, The Outer Worlds will always beg to be revisited. Sadly, The Outer Worlds shot for the moon and only landed among the stars, thanks to combat that feels like shooting a BB gun at walls of sponge. Lackluster combat is only one flaw, but when players are spending nearly half of their time taking part in the flaw, its problems are unavoidable. Still though, Obsidian has crafted something special that fits right up there with its contemporaries. The Outer Worlds completely succeeds in its mission to take players on an interplanetary adventure in ways that have not been seen in gaming for some time. Hopefully, other titles will follow in its footsteps when taking players to brand new worlds.
بیشتر...

Obsidian's RPG fulfills its potential, but only in fits and starts. Sure, its worst moments are only ever as bad as workmanlike RPG-making, but they make the stretches between some instances of genuine greatness a little more disappointing.Dustin Bailey
بیشتر...

The Outer Worlds is the kind of inspired take on a genre that could only come from a team as passionate and talented as Obsidian. It's not perfect, but it's creative, succinct, compelling and funny in all the right ways. I sincerely hope that this signals the beginning of a new, ongoing franchise because the people and stories of the Halcyon Colony will stick with me for a long time to come.
بیشتر...

The Outer Worlds is a role-playing triumph. With its sights set squarely on player choice, Obsidian delivers a brilliantly crafted sci-fi adventure that's packed with witty writing, great characters, and a fantastic degree of freedom. Add solid combat and rewarding exploration to the mix, and you've got the recipe for an RPG that begs to replayed time and time again. An essential purchase for fans of the genre.
بیشتر...

Quote not yet available
بیشتر...

The Outer Worlds is Obsidian Entertainment's magnum opus, an RPG with an enticing and multifaceted ruleset set in a dystopian capitalistic society. Its only flaws reside in the combat system and gunplay, but these are easely counterbalanced by the excellent writing and the many possibilities offered to the players. Let's hope Obsidian will explore this setting further, possibly with a much needed sequel.
بیشتر...

The Outer Worlds is the game that fans have wanted Obsidian Entertainment to make for the better part of a decade. The story is the main attraction here, with Obsidian's witty writing coming to the fore in an interesting and funny interstellar setting. If that's what you look for in your RPGs, The Outer Worlds will not disappoint.
بیشتر...

The Outer Worlds excels most when it has fun within its own unique identity. The wealth of lore and world-building details could be a little overwhelming for brand new players, but a little confusion early on shouldn't stop anyone from taking The Outer Worlds for a spin.
بیشتر...

The Outer Worlds is pretty much exactly what you'd expect from Obsidian. The first-person action RPG features a great setting, fantastic writing and remarkable, complex characters to meet. The moment-to-moment gameplay isn't as exciting, though, failing to measure up with the best in the genre. Still, there's plenty to like here as long as you know what you're getting into, not to mention the potential to do much better in a sequel, particularly if the developers had a higher budget to work with.
بیشتر...

Dizzyingly deep, painstakingly polished, remarkably replayable, and marvelously moreish, The Outer Worlds is one of the most refined and well-written RPGs of the generation.
بیشتر...

While rough around the edges, The Outer Worlds journey across the stars is an instant-classic RPG fans cannot miss.
بیشتر...

The Outer Worlds is not only a breath of fresh air and easily one of Obsidian's best ever games, but it's an experience that can truly wear the player choice badge with pride. From the RPG elements to how you play, The Outer Worlds truly is your adventure. Just don't kill anyone's parents in it, okay?
بیشتر...

Obsidian created a universe that's easy to get lost in. The Outer Worlds oozes personality and charm, and the robust character creator encourages multiple playthroughs just to see how different archetypes affect the gameplay.
بیشتر... 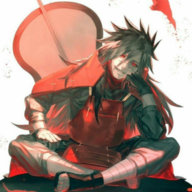 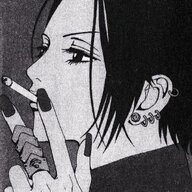 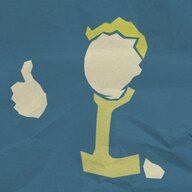 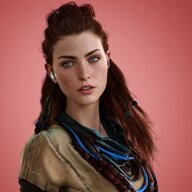 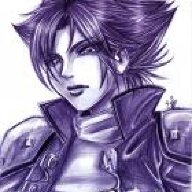 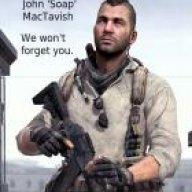