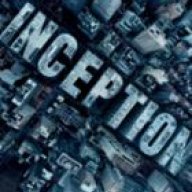 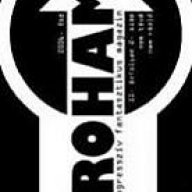 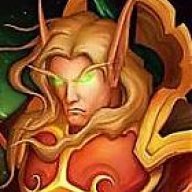 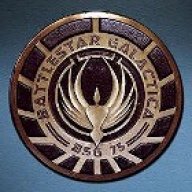 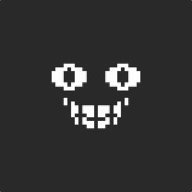 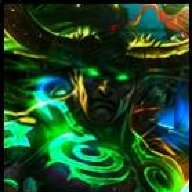 * Dispel effects will no longer attempt to remove effects that have 100% dispel resistance.
* Parry Rating, Defense Rating, and Block Rating: Low-level players will now convert these ratings into their corresponding defensive stats at the same rate as level 34 players.
* Haris Pilton has launched a new line of bags and jewelry. Check her out in the World's End Tavern!
* Mounts at 30?! Yes, it's true: Apprentice Riding and mounts are now available at level 30. Training costs 35 gold.
* Blood Elf flightmasters outside of Silvermoon City and Tranquillien have traded in their bats for glorious fire-breathing dragonhawks.
* Alcohol cooldowns have been rolled into Drinks: All 10-second cooldowns have been removed and replaced with the 1-second Drink cooldown.
* Numerous flying non-combat pets have had their flight height modified to no longer skim along the ground: captured firefly, dragonhawk hatchlings, moths, owls, parrots, phoenix hatchling, spirit of summer, sprite darter, and tiny sporebat.
* Nether Ray Fry (a non-combat pet) is now available from the Skyguard Quartermaster. This requires an Exalted reputation with Sha'tari Skyguard.
* Equipping an item will now cancel any spell cast currently in progress.
* Placing an item in your bank will now cancel any spell cast currently in progress if the spell was cast by that item.
* You can no longer move backwards to stop racing rams.
* When a stun wears off, the creature that was stunned will prefer the last target with the highest threat, versus the current target.

* Barkskin: The cost of this spell is now reduced by Tree of Life Form.

* Growl: Pets will no longer generate additional threat from this ability based on attack power buffs cast on them. Attack power buffs on their master will still indirectly increase the threat generated by the pet's Growl.
* Pet Aggro: Pets will no longer generate threat immediately from being summoned.
* Scare Beast: This spell will now be limited correctly to one target.

* Mind Vision: This effect will now be cancelled immediately on targets who use an Invisibility Potion or Gnomish Cloaking Device.
* Spiritual Healing: Ranks 2-5 of this talent will no longer prevent refreshing Prayer of Mending.

* Cheat Death: This talent has been rebalanced significantly. Killing blows are no longer 100% absorbed. If the Rogue is below 10% health, the killing blow is still completely absorbed; if the Rogue is over 10% health, enough damage will be absorbed to reduce the Rogue's health down to 10%. For the following 3 seconds, damage is not always reduced by 90%; it is now reduced by a maximum of 90%, depending on how much resilience the Rogue has. The damage reduction will be four times the damage reduction resilience causes against critical strikes.

* Earth Elemental: This pet will now leash back to its totem when pulled beyond 50 yards away.
* Lightning Overload: This talent will no longer do excessive damage when used with Lightning Bolt Ranks 2-10.

* Curse of Shadows: This spell has been removed.
* Curse of Elements: This spell now applies to Arcane and Shadow damage, as well as Frost and Fire.
* Demonic Sacrifice: This ability will now interact correctly with the Spirit Guide resurrection system in battlegrounds. A sacrificed pet will not be resummoned on death, and will not prevent keeping a record of the most recently created pet.
* Health Funnel: This ability will now cancel channeling when the target pet is Banished.
* Ritual of Summoning: The mana cost of this spell will now be properly deducted when cast.
* Summon Felsteed is now available at level 30.
* Demon Skin, Demon Armor, and Fel Armor are no longer Magic effects and cannot be dispelled.

* Revenge: Ranks 1-5 of this ability now have damage ranges instead of fixed damage values (like ranks 6-8.)

* The Warsong Gulch flag can no longer be picked up at the same time as a flag is capped.

* Players can now be summoned to raid instances from heroic dungeons.
* Magister's Terrace
o The Stun component to the Sunblade Mage Guard Glaive Throw has been removed and the Bounce range reduced.
o Vexallus and Kael'thas are now tauntable in Heroic mode.
o Vexallus' damage caused by Pure Energy has been decreased.
o Kael'thas' Arcane Sphere has had its visual size increased. His Arcane Sphere attack has had its range decreased and the damage/second of Phase two on Normal mode has been decreased. (Heroic mode remains unchanged.)
o Sunblade Warlocks have had their damage reduced slightly.
o Fel Crystals in the Selin Fireheart encounter have had their health reduced slightly.
o Warlord Salaris and Kagani Nightstrike have had their damage output reduced slightly.
* Sunwell Plateau
o Creatures in the area around Grand Warlock Alythess and Lady Sacrolash will no longer spawn while the twins are in combat.
o Nether Protection will now correctly trigger from Kil'jaeden's Shield Orb Shadow Bolts.
o Vanish now correctly wipes threat on Kil'jaeden.

* Bow of the Verdant Keeper's Aim: This item's triggered effect no longer breaks the effect of Scatter Shot.
* Brutal Gladiator's Pummeler has had its Stamina value increased to the appropriate value.
* Clockwork Robot Bots fight amongst themselves again...without attacking people in the arena. Well... they'll blow up other Bots in the arena, but you know what we mean.
* The Eredar Twins will now award the same items regardless of which order they are killed in.
* Invisibility Potions: These potions now are on the same cooldown as other combat consumable potions (such as mana potions.)
* Pendant of the Violet Eye: This item will again work correctly with Holy Light and Flash of Light.
* Shattered Sun Pendant of Acumen: The triggered effect from this Item can now occur on periodic damage ticks.
* Thori'dal, the Star's Fury is now Unique as intended.
* Vengeful Gladiator's Baton of Light: This item now appears in the correct position on the vendor list.

* The help interface has been simplified dramatically. Players will no longer be required to select a category when opening a GM ticket. In addition, players can use the “Talk to a GM” button to fill out a ticket that requires a GM response or the “Report Issue” button to fill out a ticket that does not require a GM response.
* Target buff/debuff timers that appear when you cast a spell are now more visible.
* Time Management features have been implemented! These features include an alarm clock, stopwatch, and viewing your computer's local time.
* The new stopwatch feature can be accessed via the /stopwatch, /sw, or /timer slash commands. Inputting a time into the slash command will make the stopwatch count down. For example, /stopwatch 1:0:0 will make the stopwatch count down from an hour, /stopwatch 1:30 will make it count down from 1 minute, 30 seconds, and /stopwatch 30 will make it count down from 30 seconds.
* Added the following macro commands: /targetenemyplayer, /targetfriendplayer.
* Added key bindings for tab targeting players.
* Ctrl-Tab and other target nearest friend functions will no longer target you.
* Targeting using /target will prefer live targets over dead ones.
* You can no longer click the minimap to cast ground targeted spells.
* Invisible players with Hunter's Mark can see the hunter that put the mark on them.
* Vendor items now show their Duration in Inventory.
* For additional notes on Lua and XML changes please visit the UI & Macros Forum.

* Winterspring Ice Thistle Matriarchs and Patriarchs may now drop Thick Yeti Fur.
* Skinning any Winterspring Ice Thistle yetis may now result in Thick Yeti Fur.
* Increased the drop rate of Pristine Yeti Horns from Winterspring Ice Thistle Matriarchs and Patriarchs.
* Goblin Weather Machine- Prototype 01-B weather changes will no longer force the affected character to stand.
* Collector's Edition Pet Redemption NPCs/items/quests have been relocated/modified to/for towns with mailboxes (Goldshire, Razor Hill, etc.).
* Young Sporebats and Greater Sporebats in Zangarmarsh now drop Sporebat Eyes for the quest Gathering the Reagents.
* Blacksmithing Supplies vendor and repairer, Blazzle, in Area 52 is now next to the forge and anvil outside the inn.
* Banker Meeda, in Area 52 is now in the...well...the bank, along with a guild vault and guards. The other three Area 52 bankers are still located in the auction-house-turned-bank.
* Wastewander Bandits and Rogues should be more plentiful in the northern parts of Tanaris.

* The mage spell, Counterspell now shows in the combat log.
* Gan'arg Analyzers will no longer occasionally become friendly to players.
* Talented abilities that cost a percentage of base mana will no longer display an incorrect mana cost when inspected by a player of a different class or level.
* Guild leaders should now be able to properly promote a new guild leader regardless of their range.
* Druids: Mangle will no longer incorrectly indicate a 100-yard range on the tooltip.
* Hunters: Using an instant ability after Steady Shot will no longer lock out auto shot.
* Hunter Snake Trap will no longer break players out of stealth if the snakes pass near the stealthed character.
* Hunters: Concussive shot will now properly have a chance to proc Bow of Searing Arrows.
* Rogues: The talent Heightened Senses, Rank 1 and Rank 2 will now affect attacks from wands.
* Using Jewelcrafting figurines will no longer cause scrolling combat text to appear twice.
* Fixed an issue in which shadows were not appearing properly for users with GF4 video chipsets in Open GL mode.
* Corrected an issue in which users with Creative X-FI sound cards would sometimes hear a slight popping noise when running.
* Players will now correctly receive a Battleground Mark message for the marks that are received at the end of a battle.
* Corrected an issue where the initial trigger or activation sounds for Immolation Trap and Explosive Trap could not be heard by some players.
* Smelt Hardened Khorium will now properly require a forge instead of an anvil and hammer.
* Corrected a typo in the tooltip for the Druid spell Rip (Rank 4).
* Looting a Nightmare Vine will now properly no longer apply poison when the node is looted.
* The Figurine- Seaspray Albatross ability will now properly restore the correct amount of mana.
* First Aid bandages can no longer be applied to a player with the Recently Bandaged debuff. An error message of, "Could not activate more than one bandage" will be displayed.
* Corrected the tooltips to read properly for the flight paths from The Stormspire, Toshley's Station, Blade's Edge, and Area 52.
* Greater Elementals summoned by a shaman will now properly have a combat log entry.
* Players will no longer become stuck on the Nimboya's Laden Pike when driving it into the ground.
* The quest, "Going Going, Guano!" will now have a more consistent level requirement for the dungeon.
* The quest, "Into The Scarlet Monastery" is now available to players of the appropriate level for the instance.
* Blueleaf Tubers can now be properly looted.
* The quest turn-ins for the Ahn'Qiraj war effort now give the appropriate amount of credit for each successful quest turn-in.
* Cloak of Shadows will now properly remove Shrink.
* Nightbane will no longer become unresponsive and unkillable during his air phase.
* Several items sold by the Consortium reputation vendor Paulsta'ats are now bind on pick-up: Formula: Enchant Weapon- Major Striking, Design: Delicate Blood Garnet, Design: Shifting Shadow Draenite, Design: Lustrous Azure Moonstone, Design:Thick Golden Draenite.
* It is no longer possible to delete a character that is an arena team captain without first promoting another player to captain.
* Taunts will now properly stick when a target is stunned while being taunted.
مگه من گفتم leet و newbie ربطی دارن .... ؟:cheesygri
-------------------
در ضمن کسایی که هنوز بازی رو نکردن...........پولتون رو دور نریزین............به ما نگاه کنین عبرت بگیرین...........من جای شما بودم با سرعت نور صفحه رو می بستم و اصلا فکر WoW هم از سرم بیرون می کردم..........برین فرار کنین زندگیتون رو خراب نکنین...........
کسایی هم که بازی کردن اما بلیزارد هنوز نیومدن یه Privet Server خوب پیدا کنین بمونین جاه طلبی آخرش خیر و خوشی نداره هیچ چی ارزش جمع دوستانه رو نداره چون WoW هر چی باشه بازم یه Video Game هست نه یه Drug نه یه Life Style......
آخرین ویرایش: Jul 16, 2008 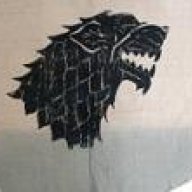